"A bank is a place that will lend you money if you can prove that you don't need it"
(Bob Hope)
"Battlefield experience has taught me that plans are worthless, but planning is everything"
(Dwight D. Eisenhower)
"It's always darkest
before dawn"
(Shalom Hanoch)

Gilad Narkis Law Offices specializes in the field of:

Twenty years of specialization in the field of banking and insolvency

The firm’s founder and lead attorney, Adv. Gilad Narkis, is a well-known authority in his field and the author of a series of books on banking, titled Duties Applicable to Banks, which is used by the majority of legal practitioners in the field, as well as the books The Fair Credit Law and The Banking Contract as a Relational Contract.

Adv. Narkis holds an LL.M. with distinction (2019), based on a thesis on the subject of the banking contract as a relational contract (written under the guidance of Prof. Moshe Gelbard), which was also published as a book.

Gilad Narkis Law Offices has to its credit a string of legal precedents and significant judgments issued by Israeli courts. Among other things, the firm was instrumental in causing the Supreme Court to overrule a longstanding precedent in the law of negotiable instruments (the Guisky Precedent from 1962) that favored the banks. The judgment setting aside the Guisky Precedent was upheld by the Supreme Court in a motion filed by Bank Leumi for a further hearing before an expanded seven-justice panel.

Adv. Narkis is Co-Chair of the Banking Committee of the Israel Bar Association, lectures in various professional forums, publishes articles on legal issues and is also frequently interviewed on programs dealing with the firm’s fields of expertise.

Gilad Narkis Law Offices specializes in the field of banking, representing organizations, companies and private individuals in their dealings with banks, and primarily in lawsuits brought by and against banks. Additionally, the firm has acquired special expertise in complex civil litigation.​

Filing of lawsuits against banks for careless and irresponsible actions

Representation of debtors and insolvent companies in insolvency proceedings, creditor compositions and stays of proceedings 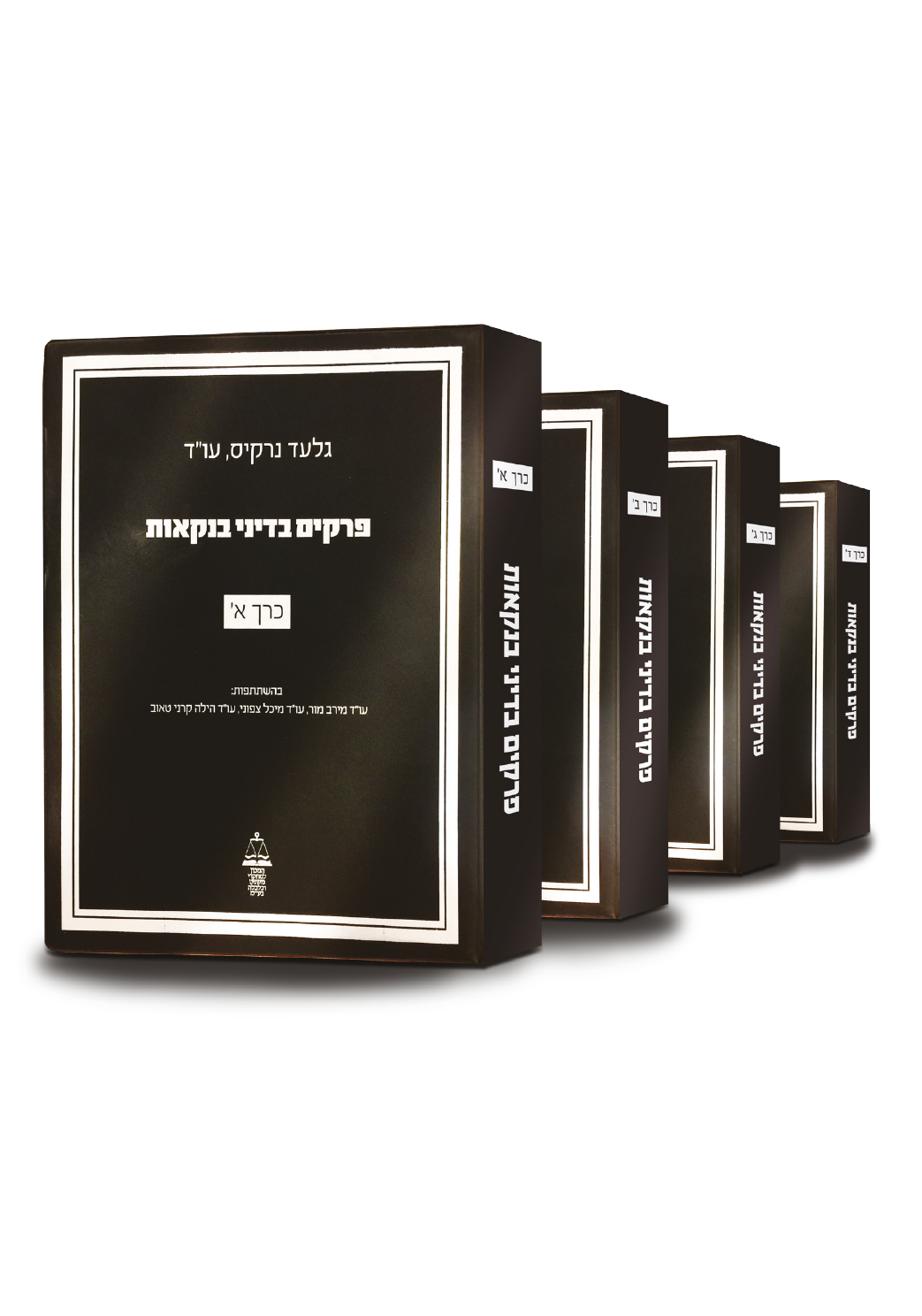 A comprehensive compendium dealing with the gamut of issues relating to the bank-customer relationship and banking litigation in Israel, with a focus on a bank’s duties to its customers. The compendium provides detailed explanations and reviews extensive Israeli and foreign case law as well as numerous articles in the field, bringing examples from these sources. The series has been widely cited in judgments and is considered by numerous law offices as a valuable tool in their day-to-day work. 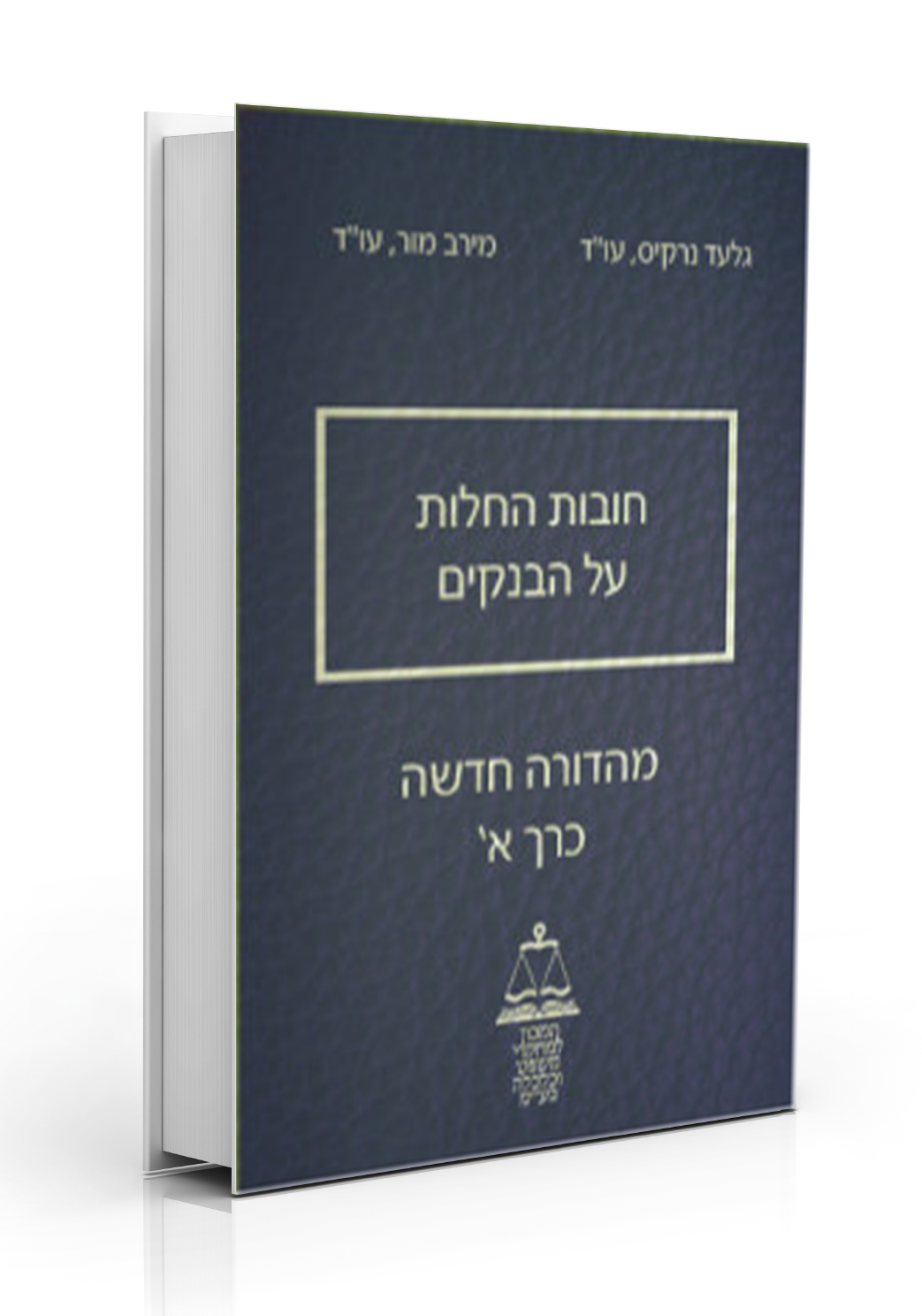 By: Adv. Gilat Narkis and

This is a series of books addressing the different aspects of banking law. It has been cited in numerous judgments dealing with banking issues. Quote from the preface to Vol. 1, written by the Honorable Judge Emeritus Y. Gross, former Vice President of the Tel Aviv-Yafo District Court: “The subject of banking laws, in general, and of the duties owed by banks, in particular, is of profound importance… Therefore, kudos are due to Advocates Gilad Narkis and Meirav Mor for their invaluable contribution in publishing this book. A first read of the book shows that it presents, clearly, fluently and in orderly manner, all the issues involved in this important and complex field, while providing a brief and comprehensive review of judicial rulings at all court levels, from the magistrate’s court through to the Supreme Court…” 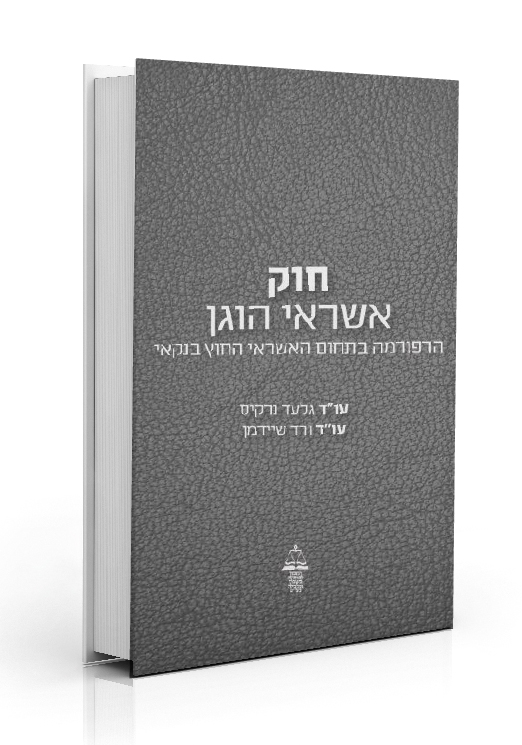 By: Adv. Gilad Narkis and

The book describes at length the changes that occurred following the amendment of the Nonbank Loans Regulation Law, 5753-1993, which transformed it into a “Fair Credit Law,” and discusses the impact the amendment was expected to have on the nonbank credit market, on the banking sector and on borrowers. It also discusses the complex relationship between credit providers and banks, the background to the enactment of the amended law, and tools for its future interpretation in view of the positions presented during the pre-enactment deliberations of the Knesset Constitution, Law and Justice Committee. 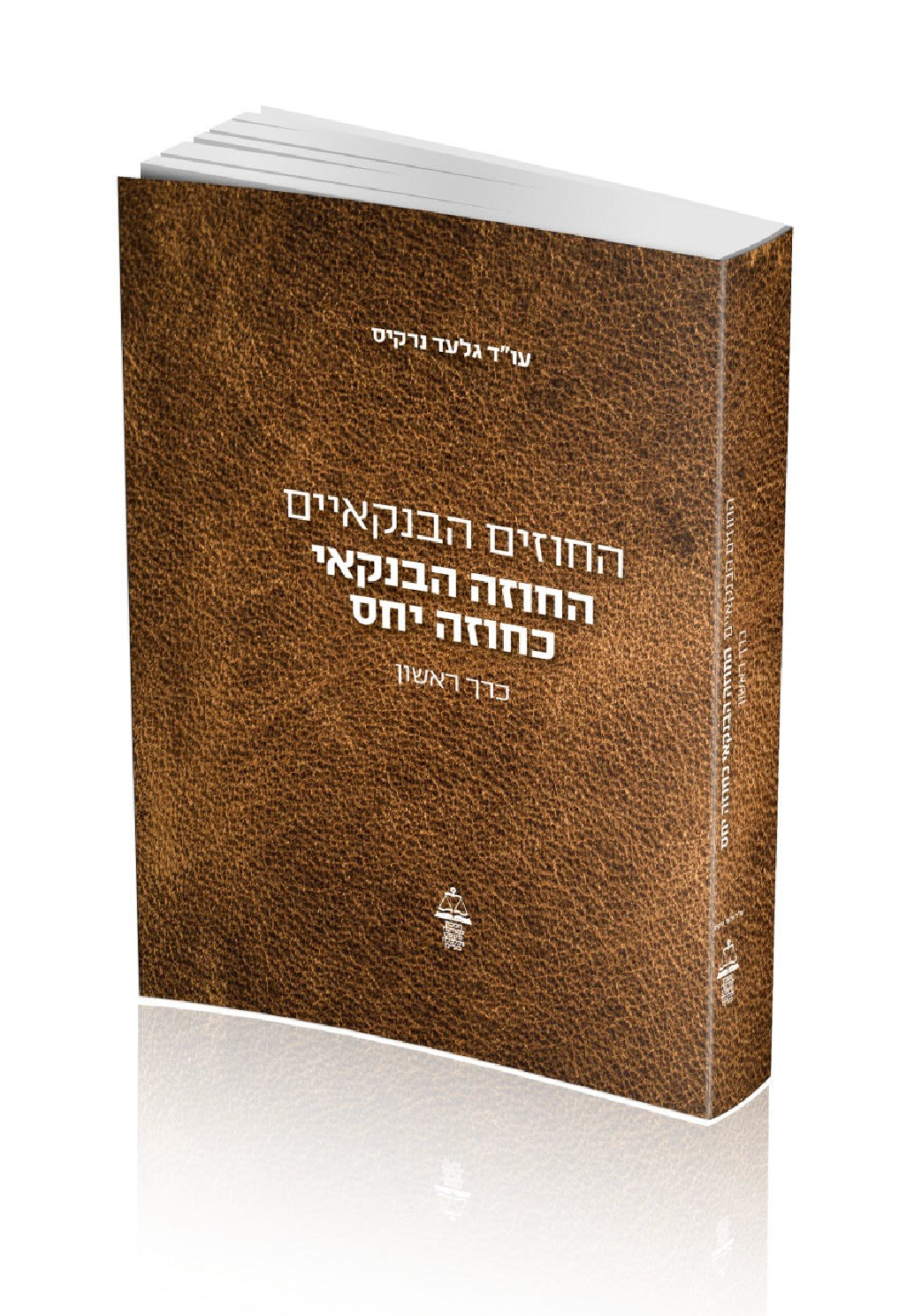 The Banking Contract as a Relational Contract

This book, which is based on the author’s LL.M. thesis, examines the bank-customer relationship through the prism of the relational-contract doctrine, while exploring the changes that have occurred in recent years in the relations between customer and bank. It makes an important contribution to those dealing with banking laws at several levels: one – imparting an understanding of the business, social and legal environment characterizing the complex relationship between customer and bank; two – enabling an analysis of the existing possibilities for intervention in the different types of banking contracts; three – providing an in-depth familiarization with the different types of banking contracts; and finally – clarifying the operational implications of defining the contract as a relational contract for the bank-customer relationship. 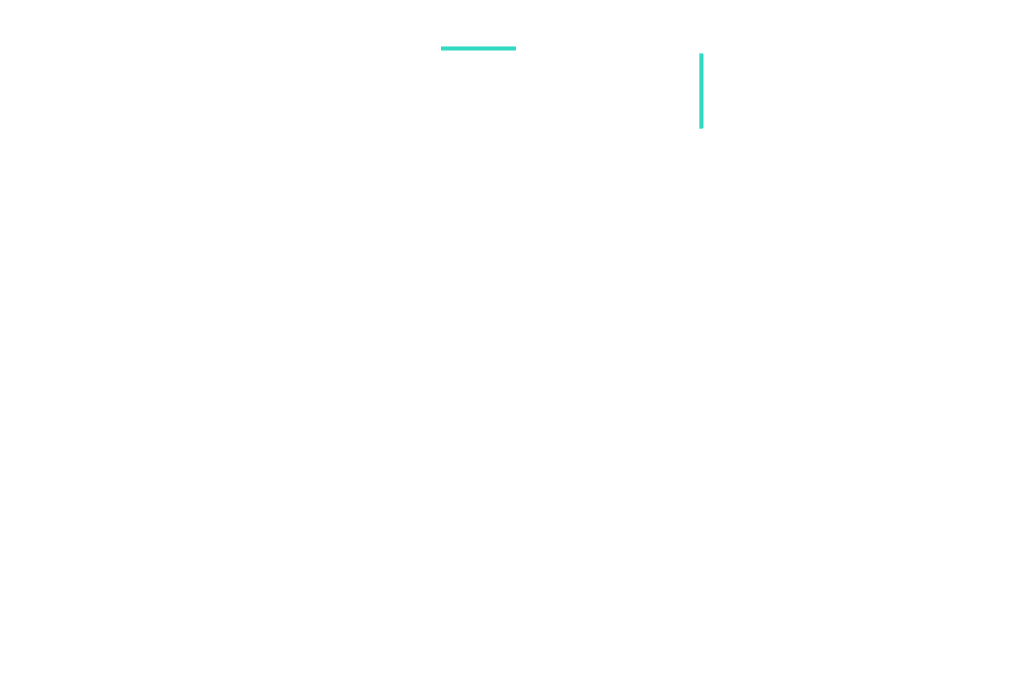 Gilad Narkis Law Offices specializes in the field of banking, representing organizations, companies and private individuals in their dealings with banks, and primarily in lawsuits brought by and against banks. Additionally, the firm has acquired special expertise in complex civil litigation.

The firm is ranked by BDI and Dun’s 100 as a leading law firm in Israel.